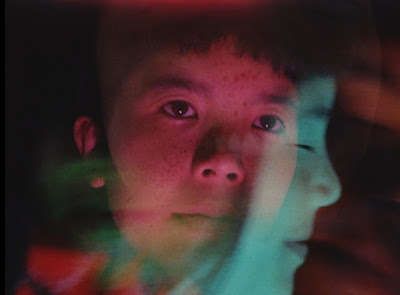 Ross Meckfessel--in person from NY--will present new and recent works on 16mm, including a new 16mm blow-up print of The Golden Hour (2014) and a new work in progress. Working in super 8mm and 16mm, Meckfessel's films emphasize materiality and poetic structures while depicting the condition of modern life through an exploration of apocalyptic obsession, contemporary ennui, and the technological landscape. The screening will include Barbara Linkevitch's Chinamoon (1975). 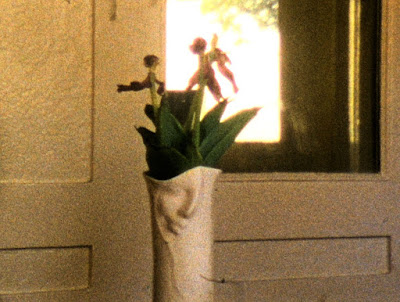 A return to a formal, ritualized environment of film is evidenced by Barbara Linkevitch in Chinamoon, a film that deals specifically with female camaraderie in a timeless, nameless brothel (Sandra Davis).

Ostensibly an abstracted portrait of actress Jojo Hill as she portrays five different characters in this behind-the-scenes documentary of Uzi’s Party: an experimental pagan teen drama by Lyra Hill. However, the film is also a ritual in and of itself; it captures the energies within the pagan temple used as a filming location, while portraying the disintegration of identity that occurs throughout the narrative of Uzi's Party (Ross Meckfessel).

A cry for help in the form of a pop song. A village cast as a simulacrum of the past by Oliver Stone and Ridley Scott, Pasolini and Scorsese. As the future starts devouring the present, how can we hope to remember the past? Pics or it never existed (Ross Meckfessel).

A handmade document of the inevitability of time and the impossibility of returning to nature. The film captures the changing of the seasons obscured by dense superimpositions, emulsion scratches, and residue left by bucket processing (Ross Meckfessel).

The stink of seaweed permeates the streets. I’ve heard there’s growing dissatisfaction among the youth. Do you feel content? How often do you dream? Are you better off alone? (Ross Meckfessel)

the latent image is generously supported by Southern Exposure. 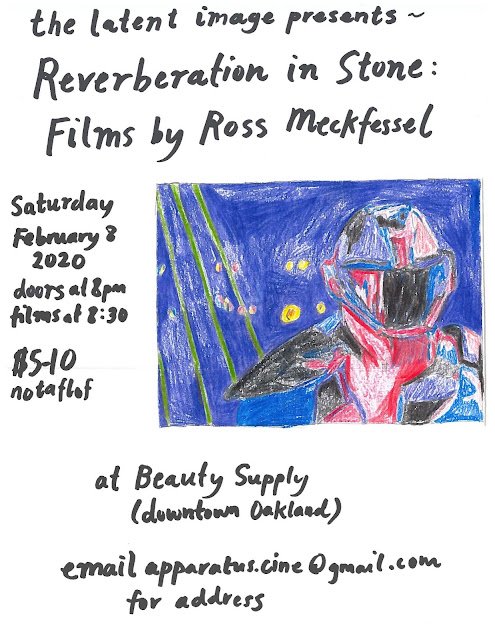